And so it comes to a close.

Tonight is my last night in Denmark, and I’m a little more bummed out about that than I thought I might be.

So how does one spend their last day studying abroad? Well, by studying abroad of course. We had class today from 9 to 12, it was supposed to be 10 to 1, but some people needed to leave early and so the teacher moved class forwards. And I just realized I already explained this in the last post.. moving on. Anyways, class started off with breakfast! It was really nice of the professor, and I felt bad for her because she got absolutely soaked in the rain whilst getting our Danishes and Bread. She actually lives in Sweden and commutes each day over to DIS. She parked further away than normal today so that she could go to a certain bakery, well, once on her way to DIS (with two big boxes of Danishes and Bread) the sky opened up. By the time she got to class she was absolutely sopping wet. I felt really bad for her, but my stomach appreciated the gesture. Class wasn’t as bad as I thought it would be, there was no real intense lecture to sit through. Instead we had breakfast, found out our group presentation grades (A, woot!), then did I group activity for about an hour. After that we did a well-being exercise which the class actually came up with. On Wednesday we designed these “interventions” based on Positive Psychology theories. Each group of 4 then submitted their idea to the class, and the winner was to be implemented on Friday. Well, 3 groups ended up being tied so we combined them. One was going to King’s Gardens, one was doing a flash mob, and our was learning a dance as a class. Well, as mentioned, it was pouring today, so we ended up just learning a dance. It was pretty poorly organized, but everyone (including the professor) seemed to enjoy it. After that was over we went around the room and gave our “take-away” points for the class. Then after that we had about 20 minutes or so left, and the teacher had us say our goodbyes.

This worked via the “talking stick,” where only the person with the stick can talk, and you pass to whoever you want when you are done and then they speak. Each person had to say goodbye, or whatever they wanted to class. Ok, fairly straight forward, but something really.. unexpected happened. The stick was passing around, moving from one generic goodbye to the next, then one person, whose name I won’t mention (if you haven’t noticed I’m not posting pictures of anyone, its out of respect for their privacy) did this “shout out” to me, and complemented me on how well versed I am and how eloquent of a speaker I am in front of people. I actually didn’t know how to respond! From there a good 3 or 4 more people, including the professor herself when she got the stick, complimented me. And this wasn’t like round-robin compliments, these were specific to me and no one else got any. Had these people not liked me I honestly might have guessed that they were doing it to be malicious. But I think what one person said to me really stuck out: “When you talk, what you have to say is amazing, you should really talk more.”

Sometimes I think entire experiences happen for one small reason or event, I think this “goodbye” session, might have been the reason I came to Europe, I just didn’t know it. I’ve always been told by professors that I add insightful comments to a discussion, but hearing it from a group of people that, honestly, until today I didn’t really care much about, well, I think it had some meaning behind it. But I digress, I know why this was important for me, I won’t ever forget it, I’m not going to type out the details of the meaning behind it, its not necessary.

So we had our goodbyes, then more goodbyes, then a class picture. Some people were crying (lets not get ahead of ourselves, I wasn’t that emotional) and I was really surprised by how close everyone had become in the past 6 weeks. Then I went and returned my books as to avoid the 15 million dollar fine DIS would impose on me if I didn’t, and with that my academic career in Denmark came to a close. It was still raining, because it always has to rain on sad(ish) days, and I of course missed the bus, but I have my trusty umbrella.. sure its broke but.. trusty umbrella.. …. ? My umbrella wouldn’t even open, upon inspection the bent arms had snapped and the rods had poked through the canopy in multiple places.. nice. So I will have to buy an umbrella in Germany most likely, thus defeating the money-saving purposes of this umbrella. But such is life.

Once home I made one last run to the store where I returned some bottles and cans, scoring about 4$ in the process, which I turned around and spent on two ultra-cheap Danish and Dutch beers for this evening. Priorities and all that. After that I had a quick lunch with the last of my sandwich supplies and started packing. Packing took about 1/4th the time I allotted for it, so I began cleaning much earlier than intended. See, DIS are total wankers about cleaning, they spam you with emails containing ultra-detailed notes on everything you must do (amounting to about 5 pages in all) and point out all along the way that they will fine you to oblivion if their beloved team of immigrant servants has to even touch your room with a dust cloth. Now, this is well and all, had the room not been completely and totally freaking disgusting when I arrived. So yeah, not too pleased about how they (and the SRAs) have been treating us in regards to cleaning when the rooms had NOT been cleaned by the last students (I had crusted food on my dishes).

Cleaning turned out to be quite the endeavor.. ever try cleaning when you have no idea at all what you are using to clean with? Its not as easy as it would seem. I figured it out though, namely through trial and error as there was no English at all on the cleaning chemicals. I started with the bathroom, since the cleaning crew had turned it into a toxic waste dump when they cleaned the vents. Pretty standard cleaning fare, yet time and time again it became obvious the last student had either not cleaned at all, or had done so while drunk and blindfolded. The worst part was the drain in the center of the bathroom (remember my entire bathroom is a shower), when I pulled it up 2,000 years worth of hair (and God knows what other horrible things *shudder*) were lodged in there. Not only had this not been cleaned by the person who left three days before me, this thing hadn’t been cleaned in years. Yet DIS explicitly said to clean it or be fined (and yes, they WILL withhold your grades if you have ANY unpaid fines). So yeah, fun cleaning times. The windows hadn’t been cleaned in a long time either, I even had to bust out the squeegee on them, and the result was nasty black water pouring off the windows.. recently cleaned my arse.

So what does all this cleaning culminate in? The SRA comes by your room to check off a detailed list of parameters. There is, again, no way in hell this happened last time. Of the five SRAs we have here (2 female, 3 male) they range from the most light-hearted and carefree, to an ex-military Norwegian. Guess who got assigned to check my room? I’ll give you a hint, his room has a Norwegian Flag with the words “NORWAY HELL YEAH” on it. Anyways, my scheduled time was 9pm, and around 9:55 he still hadn’t come by my room, so much for that precision eh? Well, I went and found him and… he barely checked my room. He said “I looked like a man who can clean” and took my word for it. I don’t know if that is a compliment or an insult, lol. So turns out it wasn’t a big deal, I didn’t honestly figure it would be, he’s a cool dude (for instance he gave me a free slice of pizza tonight).

But yeah, that’s been my day up until this point, kind of long, kind of frustration, but all in all not a bad last day in Denmark. So now that its over, what do I think about the whole experience? Well, I’m not sure yet. So if you were expecting some long detailed post that including thought-provoking reflections on Denmark, sorry, this isn’t it, come back in about 20 days. I will have post in which I reflect, but I think I need to be at home in order to do that properly. But, I can say, right now, in a nutshell, that I did not much care for DIS (as a collective experience), but I did thoroughly enjoy my time in Denmark. More thoughts/information on Denmark, Scotland, Germany, Poland, and possibly London to come later in the month.

So, now I’m going to just chill out for the rest of the evening and enjoy a couple (three actually) of beers and these little crackers with Nutella in them that I have. Tomorrow I plan to get up around 7am which will give me two hours to get ready before I head out around 9 for the airport. My flight is at 12:15 and then I am Berlin bound. So what does this mean for the blog? Well, I don’t know to be honest. I’m not sure how often I will have internet access, and I will officially be on vacation starting tomorrow, so my will to blog daily will cease. As I mentioned yesterday, two more Scotland posts are entirely written, so look for those in the coming days, they are already scheduled. I also doubt I will retroactively post about everything that I did in Germany and Poland. Why? Because I’m pretty burnt out. I’ve blogged every single day since starting, and some posts are 3,000+ words. But who knows what might happen, if I have internet, minor blurbs can probably be expected at least some in the next 14 days. For those following this blog (who aren’t the future me), if I do stop posting after the 5th Scotland post, I’m (probably) not dead, I just don’t have time or the desire to post. That being said, I will make some sort of closing/reflective post once I’m back in the States to lock in my final thoughts on the specific countries and Europe as a whole. 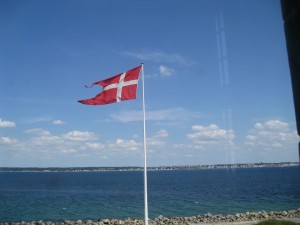