2020 is upon us. Depending on your viewpoint this either is, or is not, a new decade. My personal take is that the technicality of saying it is not isn’t worth denying oneself that sweet new decade feel. Plus we’re now in the twenties – it sounds so magical, does it not? Looking back at the last two iterations of the twenties, the 1820s and 1920s have brought us wonderful things, like resurgence of the plague. So yeah uh, we have that to look forward to I guess?

Anyways, I’ve been thinking about trying to get back into blogging. When I first decided to give it a try Dinosaur Bear’s server was getting hacked and the entire blog was gone, lol, and in the aftermath I’ve had to fix some of my plugins, namely the subscribe feature. So I had to wait on those fixes. But, entire-blog-getting-temporarily-deleted aside, I’ve been silent since the reign of Thomas VI began (he is still kicking as of this getting posted, meaning that he’s passed the reign of Thomas V, who had the shortest earthly incarnation of all the Thomases thus far). Part of this stems from the normal waxing and waning of my desire to blog (this “existential” crises is nothing new if you’ve followed Dinosaur Bear for any period of time). That waxing and waning is inextricably linked to whether I want to treat this blog as a life-recording diary or as more of a personal outlet. If views are to be counted for anything, my posts where I talk about going places are by far the most popular, whereas posts where I just share personal thoughts and interests generally do way worse. There are of course exceptions to this (see here) but that’s the general flow of the blog. The good news is that I don’t use this blog to make money so views don’t matter at all. 😀

So why worry about? Well, it’s been professionally suggested to me that I should get back into writing. But there’s a fine line between writing being an outlet and writing feeling like a burden. This blog has toed that line a lot over the past 244 posts. A lot of the time I’ve felt compelled to write for an audience that I didn’t really owe anything to; that audience is both external and internal. I think if I’m going to write for beneficial reasons then I need to just write what I want to write, not what I feel like I should write. Sounds easy, right? For some reason it’s not for me. But I’m going to make that effort. So don’t be surprised if you start seeing a lot fewer of my typical travel blog posts, because those are simply draining to write, even if they are fun to read after the fact. Not saying they won’t come back, but I’ll only be writing them if I feel like writing them. Even as I write that I have mental pangs of guilt over stories never blog-told (as far back as Israel and as recently as a trip to Arizona and even more recently to a Meem visit). So yeah, going to have to work on how I view my “obligation” to this blog, which is of course, none.

But we’ve been down this road before. So what’s been going on with the manchild behind the blog? Well, I’ve been getting a tiny bit closer to possibly finally deciding on a tattoo I want (hint: it has something to do with this). But, probably more interestingly to everyone else I broke my foot. 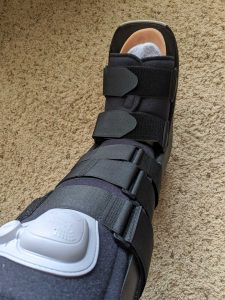 Yep. But it gets better than that. I was walking around with a broken foot for over 6 months doing all sorts of lovely damage to it. You might be wondering how in the world someone is so dumb as to walk around on a broken foot for half a year and not realize it, but have no fear, Taco is here! In fairness to me I went to urgent care (Xrays 1) and was told it wasn’t broken, then saw not one but two different podiatrists (Xrays 2 + 3) , both of which said it wasn’t broken and who gave me physical therapy which probably made the break worse. It wasn’t until I finally got a nurse practitioner to listen to me that I got an MRI done which showed that, sure enough, my foot was broken. That means that for over 6 months I was just walking on it. No crutches, no boot, nothing. So now I get to deal not only with a broken foot, but a broken foot with half a year of complications on top of the initial fracture. I also get to deal with these bad boys, which are honestly more of a curse than the boot in the picture above is. 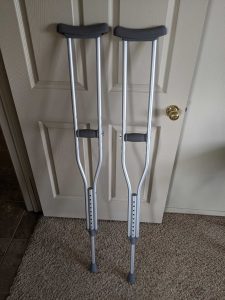 So naturally you’re probably wondering how I broke my foot? Well that’s a long story but I can make it short. A giant roadrunner stepped on it. I’m pretty lucky it was only my foot that got broken as the specific kind of roadrunner that attacked me, ceococcyx californianus gigans, can weigh up to 47,000lbs. Unsurprisingly after encountering such a terrifying beast I’m feeling about as beat up as my recently retired HLS shirt which I got what feels like a lifetime ago and which was looking pretty raggedy, even by my standards. 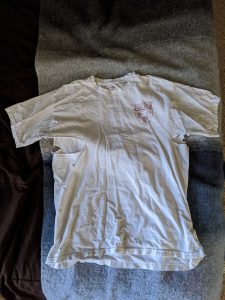 Lopi making a guest appearance underneath the shirt.

SB had been requesting I stop wearing the shirt for a while now, but it was the top part of my crutches going literally entirely inside the shirt that was the final straw. I was a bit bummed because it was a comfy shirt and that HLS logo doesn’t exist anymore, but dust in the wind and all that. I still have the much nicer HLS sweater that Aunt Train bought me, though the letters are about to start coming off that too. I think there is metaphor for law school in there somewhere.

Anyways, I think that’s about it for now. Just wanted to welcome in the 2020s and our forthcoming death-by-plague. One thing I’ve decided I want to do (when I feel like it) is to “sign off” each blog post with a song or songs that I’ve been listening to lately, have some significance to the post, or are just abstractly significant to me – basically for whatever reason I want. 😛 I may or may not comment on why I picked the song or songs I did – again it just depends on how I feel. You can choose to listen to them or ignore them entirely, makes no difference to me. 🙂

For this inaugural sign-off I’ve decided on two songs. I’ve had a lot of personal turmoil lately. Found out some things that sent my world into a tailspin of sorts. Nothing I want to discuss here or via any format, nor anything for random internet denizens to worry about. But it’s left me in a state of feeling very dark and hopeless one day and then bright and hopeful the next day.  At first my emotions were mostly dark, and I found comfort in this song:

As a side note this song also finally got me to start reading the Hannibal book series (I’ve somehow never read any of the books or seen any of the films or TV shows).

On the other hand, I’ve also feel positive and hopeful on some days – and for those feelings I felt very connected to this song:

As a side note for this song, it’s in the credits scene for Death Stranding, a 2019 video game which I just recently finished playing (thus knowing this song) and which I consider to be one of my Top 10 pieces of visual media. 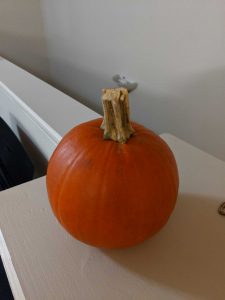 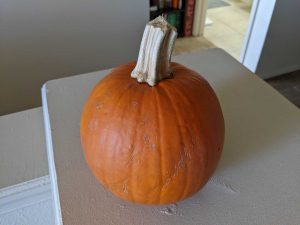 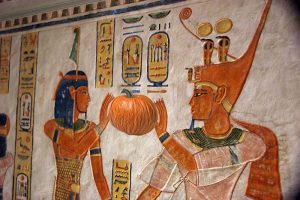 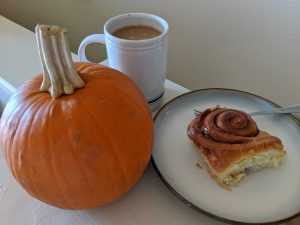