Update: This post gets A LOT of traffic and is by far the most visited post on this blog. It seems to be linked to my HBX CORe info/rant. If you are here for that, welcome! However, keep in mind that I was only the second cohort to go through the program, and the first law student cohort to ever go through it. So a lot of what I speak about below might be irrelevant or outdated now.
Update 2: So this post has continued to generate a lot of traffic and I get a lot of messages asking me for favors or information. As such I have separated this information out into two distinct posts, rather than just two parts. Part One is focused on HBX CORe, while Part Two part is more about what was going on in law school around that time. Part Two was a rant which was written to be tongue in cheek, so I’ve separated it out from the HBX CORe portion in Part One.
————————————————————-
Part One: Business(ish) School

Last night (8/25, so last night as of my writing this, not when it is posted) I finished my business school classes, courtesy of a 3 hour long exam. To be technically correct it was three, one hour long exams with 10 seconds of “break” in between them. There were no actual breaks, which meant if you needed to go to the restroom the clock kept ticking. Additionally, you could have no food or water. It was pretty awesome. Even the freaking LSAT lets you have a bottle of water.

So anyways, I don’t know if I ever actually explained my classes. Maybe I did, but if I did I’ve definitely slept since then so it doesn’t exist to me. So what were the classes I was (stupidly, more on that in a moment) taking this summer? Well, they were through the Harvard Business School, specifically from their “HBX Program.” 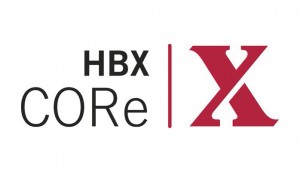 What is an HBX Program you might ask? Well, it literally just means “Harvard Business Online.” HBX is just the “online classroom” extension of the Harvard Business School. Traditionally HBS had no online classes as business schools were, ironically, slow to offer such things. HBX meant to rectify that, but it actually ended up expanding well beyond just a few rudimentary classes, in fact it turned into its own program. Eventually, HBX created the “CORe” platform (don’t ask why the “e” is lower case, I have no idea). HBX CORe might best be described as a “Baby MBA,” or as some have described it, all the difficult parts of an MBA program without all the fluff and cocktail parties. CORe consists of three courses: Financial Accounting, Business Analytics, and Economics for Managers. Each class is composed of “Modules,” which might best be described as “Chapters” and within each Module are sections, such as sections within a chapter. At the end of each module is a quiz. In addition to the Modules, there is an overarching “Weekly Assignment” which pulls from all three subjects (whereas the modules of each subject focus primarily on that subject, rather than broader topics). Then at the end of it all, you take the three exams.

You move through this 11-week long process with a “Cohort.” Apparently this is a thing for some Master’s programs, but I’d never heard of it prior to HBX. The Cohort is like your class. In my case, we had the largest cohort in HBX’s short history, I can’t remember how many there were exactly, but it was like 900 people. Since the Cohort is so large, they further divide you into Sections (kind of like law school). My section was “Mellon.” They were a bit opaque on just how large the sections were, but given the nature of the platform it doesn’t matter too much. The way a section mattered was that “Participation” was very much a part of CORe (arguably a huge part, since it heavily effects your grade). This meant that you had to answer cold calls, interact with people, respond to comments, engage in group projects and discussions (much to my massive dismay). So your section (for me Mellon), mattered in that they are the people you moved through the course with, and they are the people you will be graded against, rather than the Cohort as a whole.

So yeah, about that, CORe is curved, but unlike the hell-on-earth “hard” curves of law school, CORe uses the soft curves of a business school, which are much more similar to what you imagine when you think of a curve (in that the highest grade only sets the curve, it doesn’t set a hard failure floor with a set number of grades).

As mentioned, these classes are entirely online (except for the exam, which has to be taken at a Pearson center), which is why I was able to take them while in Denver. What this means is that you don’t interact with your professors in the same manner that you do your section-mates. Rather, you mainly just watch videos of your professors that are interlaced throughout the case studies you work through. That said, the professors are still the backbone of each course, even if you don’t ever actually speak to them, or email them, or have a chance to go to their office hours, or really prove to yourself that they aren’t robots, you get the drift. So who are the professors? 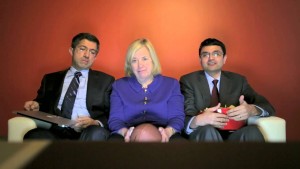 There are much better photos of them, but I like this one precisely because it’s not super staged. On the left, is Professor Bharat Anand. He teaches Economics for Managers (EM) which was my favorite class, and he was by far my favorite professor. In the middle is Professor Jan Hammond. She teaches Business Analytics (BA) which started off as my favorite class, but ended up being a freaking nightmare. I was not a fan of her voice. On the right is Professor VG Narayana. He teaches Financial Accounting (FA). Financial Accounting was just the middle ground between EM and BA, as was Professor Narayana between Anand and Hammond. But those are the people I stared at for 11 weeks.

Well, to be fair, I stared at data and information a lot more than them, as well as just the platform in general. When you first log in you go to the “Map” screen, which shows you who is logged in and from where, as well as any announcements or notifications you have. 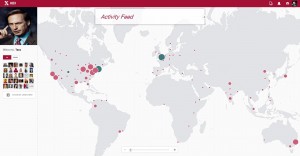 From there, you progress to the “Course Dashboard” which is where your pick a class, start your modules, do the weekly assignment, etc. 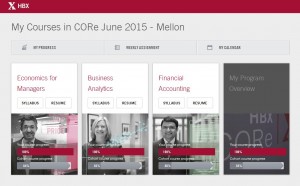 As you can see, approximately 15% of my section failed to even finish the class, let alone those who finished but had dismal scores.

Beyond that screen, are the actual module screens, but I signed a thing saying that I wouldn’t distribute CORe material, so you don’t get to see where the magic actually happens, but trust me, unless you are interested in things like “Exploring Attribute Differentiation: A Multiple Regression Model” then you aren’t missing much (and yes, that is an actual module title).

So last night (8/25) I got to go to a lovely Pearson Center in central Boston, complete with more security than an airport. I have to have more IDs to take a test than you do to fly. Plus I have to do lots of little things, like getting my photo taken, getting my hand scanned, proving my phone is off, the list goes on and on. Its kind of comical really. If we cared as much about more pressing issues in our society as we do about people cheating on a stupid test then maybe things wouldn’t be so bad. But anyways, I digress. The biggest issue was 3 hours of no water, and also the room was freezing. But I got everything taken care of and passed my security trials and gathered Smitty Werben Man Jensen’s spatula and was able to start my back-to-back-to-back exams. I ended up finishing them all, with literally seconds to spare on each. But, I really don’t know how well I did.

It could be up to 60 days, from September 19th (the last day you can register for the exam) before I have my scores. I got zero feedback on the exam itself. So I could have got every single question wrong and I might not know it for nearly 3 months. I didn’t feel the best about the exams, but that didn’t surprise me because I didn’t have much time to study. I had banked a lot of time on studying before this past weekend (Lexington and Concord trip), but then, due to a massive bitchfest by the last-minute-lazies and a technical problem, they extended the course deadline by 24 hours (despite the site only being down 2 hours) which pushed back my ability to access the exam case study by 24 hours, effectively killing 50% of my study time, and since I had registered for the first day the exam was available, I was kind of screwed (oh and you of course can’t reschedule your exam unless you die). So I did not go into that exam as prepared as I would have liked and it showed, especially during Business Analytics. Across the three topics I had to guess, a lot. So, at this point I just have to hope that the curve is good to me and my fairly decent performance in the modules and in participation can carry me.

But it is done. And I would never, ever, do that again. To be fair, the largest issue was my HORRIBLE internet in Denver (GOD MY RAGE BUILDS JUST THINKING OF IT). But really, 12 credit hours of MBA-level materials, coupled with a 40 hour workweek, ~6 hours of commuting a week, living with strangers, and trying to explore a new city was just too much. Life lesson learned. It was a bad idea. And if I end up failing, it was also a bad idea that cost me 1800$. I’m glad I had something to keep me busy on most nights, but 3 credits would have accomplished the same thing, or you know, joining a club or something. Point is, don’t work 40 hours a week and take 12 credits from one of Harvard’s Professional Schools, just don’t do it. I’m not saying you can’t do it, I’m just saying its not good life management.

I’ll be sure to blog when I find out if I passed or failed. If I fail you’ll know because it will be a massive post of emu-darkness and seething, putrid rage. So kind of like a Deviant Art post, but just with no artwork. [Update: I passed everything, but one of my exam scores was LOL-bad, I’m talking 30th percentile bad].

Either way, HBX CORe is over, the exam is burnt and behind me.

So what about those burning bridges I also mentioned in the title? If you are interested in reading a law school-related post that is a weird hybrid of introspection and satire, then please continue to Part Two. If however, you are only here for HBX CORe, then my coverage of that experience ends here.