Actually, the answer is pretty simple.

Many moons ago I decide to drastically reduce the amount of soda that I was drinking. Not necessarily because of any weight-loss reasons, but because I felt a lot better when I didn’t drink soda. Of course, being the creature of flesh that I am I couldn’t get rid of bubbly things entirely. See, what I like about soda isn’t so much the taste as it is the carbonation. So, I swapped out soda for sparkling water, specifically LaCroix. (Or La Croix, depending on where you look), which is French for “Cross.”

LaCroix was nice because it was bubbly, but had no fake stuff.

Or so I thought. Turns out the cans have BPA in them (as do most cans) plus carbonation in general has adverse health affects. Also carbonation sometimes gives me bad heartburn. So due to those reasons, but primarily because of cost I recently decided to cut out LaCroix entirely and just drink regular water. I knew I could do it because I didn’t drink anything carbonated for a while after I was tortured by a dentist.

The transition went nicely, until… 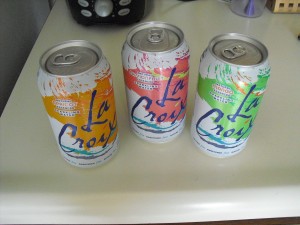 Thats right, three new kinds of LaCroix. Not only are they new, they have special colored packaging so that you KNOW they are new. The new flavors are Apricot, Passion Fruit, and Mango. (Old flavors I’ve already had include: Pure (No Flavor), Peach-Pear, Coconut, Lime, Lemon, Orange, Berry, Cran-Raspberry, and Pamle-mousse (Or Grapefruit, for us Murkans.)

Anyways, the new flavors are good, as are the old flavors. But they are not exceptional. So, while I won’t be purchasing anymore LaCroix and will be returning to my regular water regimen, score one for capitalism and shiny objects! 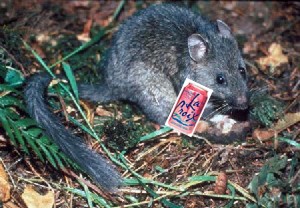