So, for those of you who might have been wondering, yep I’m still alive.

This has been a doozy of a hiatus here on Dinosaur Bear, though be fair I did sort of say that was going to happen. In fact I think this might have been my longest break from blogging since.. June 2014. Anyways, as is normal for me this doesn’t necessarily mean that I’ve been sitting around twiddling my thumbs. Quite the contrary in fact! Indeed, I’ve gone through a few major life shifts since we last met.

But here is the good news, I’ve actually got some posts queued up about those shifts. Check it out, I have not one, not two, not three, not four, but five posts (six if you count this one). I’m not exactly sure on what the timeline will be for those posts you know.. actually getting posted, but they are here and ready to go. The first one should drop next Monday (the 9th), which just so happens to be the same day as my first Icelandic exam (yeah sarcastic excitement)!

Half the battle has just been coming up with enough time to write the darn things. Well, pictures can also be kind of a pain in the arse when they are spread across multiple devices. Namely because they get all out of chronological order when you combine them (even with sort by date selected) so then you get to go through them at a snail’s pace to sort them all out. Anyways, slight digression there.

Point is, I am here, I am alive, and while I am no longer as easy to reach as I was once was I still plan on keeping the blog alive. I’m not sure exactly what my posting schedule will look like, but that was also sort of in flux before I even moved. Oh, about that, I live in Iceland now (if the exam comment didn’t make that obvious). Like I said, life shifts.

So, at some point in the coming days after this my first post will go up (should be Monday), and then from there the next four will trickle out in some yet-to-be determined fashion. It’s been a fairly large hiatus, yes, but I’ll make up for it by slamming out some posts.

With that said, I’ll get off here and get back to editing a paper I need to turn in this week. Fun stuff that. 🙂

Enjoy the forthcoming posts! In the meantime, if you haven’t checked out the “About Me,” “Who’s Who?” or “Rules of the Blog” pages recently you might take a gander at those as they have been substantively updated – especially the rules since I’ve recently changed my photo format to compressed/lower quality photos on the blog due to storage issues. The plus size is that a post which was once about 465 MB is now only around 25 MB, so that’s definitely a good thing – even if the quality is lower (ask me if you want a high quality version of a photo). 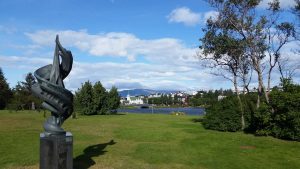 P.S. enjoy a nice photo of a park near my home. That was back when we still had sunshine.