So here we are, a brand new year, another day, another dollar.

The good news is that since I’ve been keeping a blog I don’t really need to do any large scale recap of 2014, the posts speak for themselves. Also good news is that I can (for now at least) actually access my blog without going through some Eastern European proxy. This means that I might actually bother to post, because yeah, the proxies were getting really old, really fast. Nothing like taking 5 minutes to upload an image just to have it be broken.

But I digress. 2014 has came and went and oh what a year it was. SB and I moved across the country, started graduate school, and became big people living out on our own. Maybe not big-big people, but still big people. I also got to do a lot of travel, search the blog if you are curious. I love traveling. In fact, I currently find travel to be vastly superior to human children, we’ll see if that ever changes. The problem is that its expensive and money is not something that grows on trees, except that it does, but not the kind you can spend. But still, I traveled, and I enjoyed it. 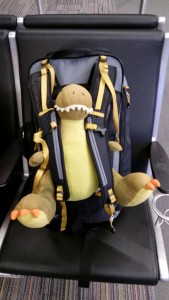 (The boys travel with us pretty much everywhere)

The holidays were a blast, it was nice getting to see all the family and Meem even took us on a magical hotel and spa adventure. Not to mention all the pressies and spoilins’ we got from all the parents and the extended family. SB and I even won at our first casino trip (1.63$ if you were curious, make it rain). Also, the boys and Mr. Bear got to lead the good life. 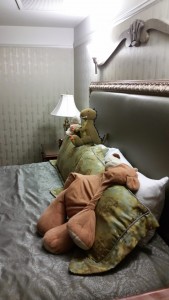 (Mr. Bear and the boys prepare for a wild night of drugs, hookers, and gambling while the humans go out for tour and a dinner)

All in the all the holidays were best summarized by good food, good company, and good times. I am honestly a bit sad to see them go, but time marches on.

Like all years, 2014 had its problems, but on the whole I definitely consider this a year of forward progress, which is nice because it continues my streak. While its true that all years are technically forward progress, as far as life goals go, I’ve been pretty good about forward progress since about 2008. 2006-2007 were sort of my “dead” years (though one can argue that even these were part of the path), but I’ve bounced back quite nicely. Hopefully I won’t jinx myself. 2015 has the promise to maintain the forward progress, but its going to be a academically/professionally busy year, likely the busiest I’ve had in a long while, if not ever.

So, thanks for the memories 2014, see you on the other side, or wherever it is years go once their time has run. 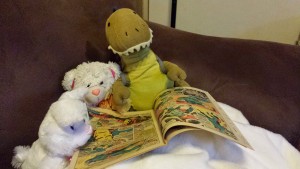 Here at the law school I’m starting what is known as “Winter Term” or, more colloquially, “J Term” (January Term). Its essentially a three week long mini semester that is crunched between Fall and Spring semesters. For 1Ls, you took what is called a “Problem Solving Workshop,” and yes, you have no choice. Its basically three weeks of group-project Hell that culminates in a presentation to an actual partner at a law firm in downtown Boston, also a group project. The entire premise of the course is both inter- and intra-group work (because trying to deal with one group isn’t bad enough). If it is not obvious, I am far from enthusiastic about this class. Its all group work, it lasts (literally) up to 8 hours per day – five days a week, the second week has a huge weekend-consuming project due on a Sunday, and its early enough in the morning that I have to get up 1.5 hours earlier than normal. The only, and I mean only redeeming factors are: Its only three weeks, and its a Pass/Fail course. From what I gathered, the vast majority of people pass, but that doesn’t mean its not group project Hell.

I just hope I get a good team. 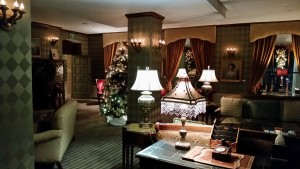 I’m still waiting on grades and still trying to get a summer job. It will likely be about another month before I get grades, hopefully not that long until I know about a job, but it could realistically be much longer. [Edit: The same day this is posted I was contacted, I got a summer jerb!] So really I’m in a bit of a stasis. Stuck in some J Term Pass/Fail group project with the “real” classes and “real” grades still about a month away. Thankfully J Term your 2L and 3L years is much, much more open in regards to what you decide to do with your time. But for now, I’ll be counting down the days until this Problem Solving Workshop is in the rear-view mirror. But who knows, maybe I’m expecting it to be so very bad, that my abysmal expectations will actually make it better than I am anticipating. Or maybe the self-fulfilling prophecy will kick in. Who knows.

Anyways, that is really all I have for tonight. I need to get to bed early so that I can get up early to go get in my assigned seat and make sure my partners have got their supplies to do our first project (we have one each day). The parallels between this and kindergarten are not lost on me, trust me. 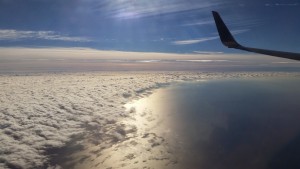 (A view from the plane when we were on our way to see the family, its the cloud cover breaking up right on the edge of one of the Great Lakes)