Denver is apparently part of “Colorful Colorado.” At least according to the sign I found at the History Colorado Center. 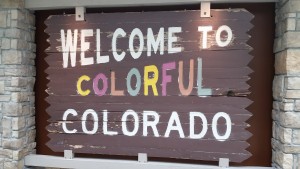 But more about that in a moment, the center, not the sign. You’ll also notice that there are more pictures than normal in this post. I’m feeling generous and decided to take advantage of an internet that is doing slightly better (ever since I hacked the HoA’s router – no I’m being serious – but don’t get me wrong it still sucks), but that still doesn’t change the fact that my laptop uploads all the images sideways for whatever reason. Anyways, enjoy the pictures, make them your background for at least 1 week each.

So things have been.. rainy here in The Centennial State. In fact, it’s been raining pretty much every single day in some capacity. It varies between the not-so-intrusive afternoon shower, to FREAKING MONSOONS (e.g. last Friday morning). The plus side is that the Rocky Mountain thunderstorms are some of the best I’ve ever seen. The downside, well, it’s wet. In fact, it’s been raining so much, that I’ve grown oddly suspicious of all the people who told me that it “hardly ever rains” in Denver.

Sure it’s a semi-arid climate, and there are like, you know, deserts and stuff decently nearby. Also, the historical data shows not a ton of rain (and Denver is one of the sunniest cities). However, we experience what we experience, and my Denver has been a rainy one. I was actually thinking. I move to Boston, worst winter in recorded history. Move to Denver, one of the rainiest Junes on record.

I mean, what the feck.

Of course since I’m going to be poor forever, maybe I could become a Rainman. Hmm, there might be something to that.

But work itself REALLY picked up, like, right towards closing time on Friday. Yes, the classic “email bomb.” I owe Meem for the term. But that is essentially what it was, a “DO THIS MUH SLAVE.” So, being the good slave raised by two self-employed parents I promptly ignored it. Dumping things onto Monday morning have NEVER EVER went wrong, naaaaaw. So yeah, work has been busy. Oh, and our 4th intern finally came. She is also a girl. So yep, estrogen seeps from the walls in that room. But she seems nice, and finally having her show up removes the unknown possibility of her being some massive tyrant or something. So it’s all good, even if I am the only male locked away in the former storage closet.

As for classes, they SUCK MY ASS. That is all.

However, between the Government, the business school, and the rain there are glorious periods of sunshine. I’ve come to appreciate these times and have even made a schedule to take advantage of them on the weekends (no seriously, every week of my life is pretty much planned out until early August).

This weekend was no exception, Tristen and headed for the B Cycles and did some more exploring. 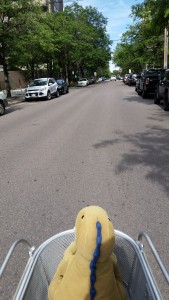 In case you were wondering, yes people did stare, however a lot of them were probably high so dinosaurs on bicycles are probably an every day event in these parts. Oh, and speaking of people being high, some dude tried to sell me weed on the bus the other day, then he noticed my Department of Justice badge and literally fled the bus. What’s even funnier, that is the second time something like that has happened.

The first stop on our list was the home of “The Unsinkable Molly Brown.” 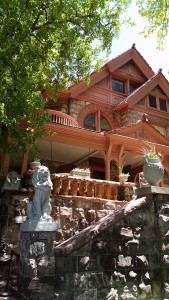 Fun fact, her name was never, ever, Molly. That was one of the many very interesting things I learned while touring her home. And while part of me will probably always envision her as Kathy Bates, I ultimately thought the woman behind the myth was even cooler than the myth itself. Sadly we couldn’t take pictures inside the home, but the tour was pretty cool, aside from the obligatory group of heathen children.

Next we headed over to the History Colorado Center. The History Colorado Center is like a sort of pseudo blend between a convention center and a museum dedicated to Colorado (case in point, there are Colorado exhibits, and there was getting ready to be a wedding reception there the same day). Tristen and I were drawn in by our mutual (ok my) love of history as well as their newest (as in opened the same day we were there) exhibit, simply entitled “Toys.”

However, before we got to “Toys” we explored the ongoing exhibits, which dealt a lot with Colorado mining and mining culture. There was a “Model T” simulator, which was pretty nifty. There was also a blasting game in the mock-mine they had. After watching some people get wasted, I ROCKED it (huehuehue). 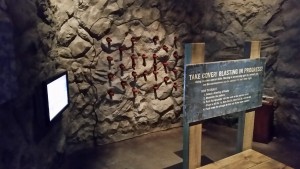 Actually I ended up getting plastered in the end. It eventually gets so hard to memorize that I think you’d need to have a pictographic memory. But I did manage to make it to the “advanced” level.

Tristen, meanwhile, was off hunting. 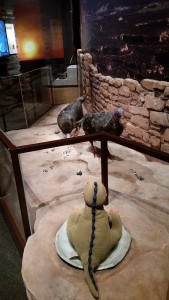 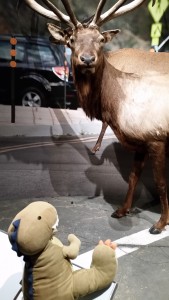 After rounding the boy up, we made our way up to the “Toy” exhibit. 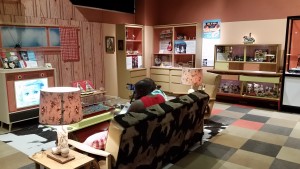 Now, I took a ridiculous amount of photos of the toy exhibit. It was really cool. Basically the exhibit was set up like a series of living rooms from the 50s, 60s, and 70s. The living room was designed to mimic a living room from that time period, and each living room had a period television set playing period toy commercials, including those creepy ass 1950s doll commercials (seen above). The reason I took a lot of photos, is because there was a lot of stuff I thought my Dad and FIL would enjoy. The collection was actually really impressive, but my internet sucks, so just trust me that they had cool toys and that I’ll be happy to share the photos in another medium at some point. Uploading them all would make me go insane. 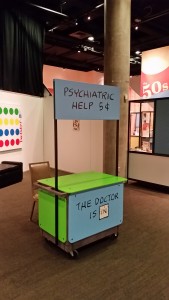 But really, who needs psychiatry when you have beer. If you remember from my last post I made a trip down to an awesome liquor store. Well, because I went crazy and bought 16 beers I’m still working on them. But I’ve now had a chance to go through the New Belgium sampler and all of them were pretty awesome (in fact I’m drinking one right now). 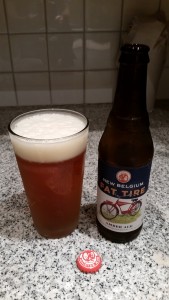 Somersault
The best summer beer I’ve had this year, hands down. 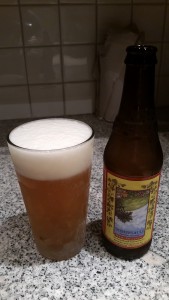 Blue Paddle Pilsner
A nice pilsner, if a bit weak compared to the other brews. 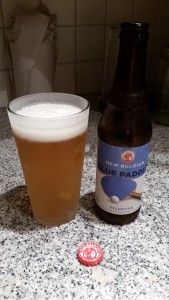 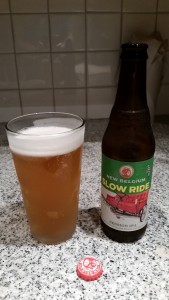 Snapshot Wheat
Holy cow one of best wheat beers I’ve had in awhile. 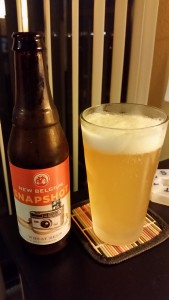 New Belgium Brewery is located up in Fort Collins, and I’ve love to do the tour, but I’m not sure if I’ll be that far north. Actually, I’ll be there for a work trip, but I have this odd feeling that asking to go tour a brewery wouldn’t go over to well on a trip where we are serving notice to an oil company. Coors brewery in Golden is a bit easier to get to, maybe I’ll have a chance to get out to that one.

Aside from drinking, Tristen and I have also been checking out a lot of parks. Since I had gotten ahead on my classes (for like.. 2 days) we also spent Sunday exploring, rather than just Saturday. We again hopped on the B Cycle and this time were off to a mall. Yeah, I know. Generally I don’t go out of my way to see malls, but this one was along the gorgeous Cherry Creek Trail (which is why they call it the Cherry Creek Shopping Center), so it was easier to palate. I did laugh how the bike path had to veer around the Good-ole-boy Country Club though, can’t have the plebs near the white man’s golf course. Once we got there I noticed it was a VERY upscale mall, with stores SB knows but I do not (aside from stuff I do recognize like Louis Vuitton). We did end up catching a movie while at the mall, since it was still matinee time. We saw Mad Max: Fury Road, and it was FREAKING AWESOME. Manries. But no really, it was awesome – best action movie I’ve seen in recent memory (yes even better than the Avengers). Tristen is now murmuring about the new Jurassic Park, so we might be visiting the movies again before much longer.

After that we had a snack, and were back on the B Cycle for a trip down to Washington Park. 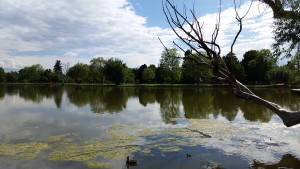 It was a gorgeous day to explore the park. But humans weren’t the only ones out and about. 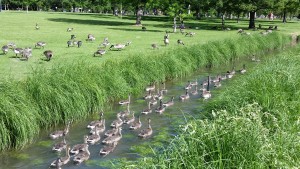 After we checked out the park (which is quite large) we hopped on a bus (where a crazy religious guy told me all about how I was going to burn in hell, to which I responded that at least I had sunscreen in my backpack. He was not pleased, but I thought it was funny).

And that brings us pretty much up to this point, cutting out all the boring stuff like getting my lunchbox ready for tomorrow. 🙂