I have returned after a not-so-extended absence (thanks to scheduled posting) to both the blog and to Boston.

As mentioned, I’ve been traveling since.. well pretty much right after I returned from Montana. So, I’m just now settling back into things after getting through my first week of 3L. I also returned to Boston from Alaska just in time to ride out the aftereffects of Hermine (though in fairness it really only brought humidity, gray skies, and rain to Boston and none of the really nasty stuff). So I’ve had the pleasure of walking to school with oppressive humidity and rain for the first week of classes, always a nice start to the bright and joyous law school experience.

Anyways, unlike my previous iterations of Boston Groove I really don’t have much to say about being back in Boston per se, other than to say that I am back in Boston and will be here without exception until October – but more on that in October. Instead I just want to do a bit of housekeeping for Dinosaur Bear and let you know what is in the proverbial post pipeline (but not the bad kind of pipeline). First, I will obviously have to share my voyage to the hinterlands, and then I’ll want to do a “start of 3L” post as well, and then I’ll return to regular(ish) scheduled posts.

So, for the Alaska posts, I’m going to be busting it up into four separate portions which will roughly equate to the flow of the trip itself. First, I’ll discuss the driving portion. Second, I’ll discuss our trip to the Arctic Circle (polar bears!). Third, I’ll discuss our train trip and cruise. Fourth, I’ll discuss the voyage home and then reflect on the trip as whole. However, if you are expecting some extremely grand Taco tale of New Mexico proportions, then I’m afraid to say you’ll be disappointed. In the interest of time (of which I have little, more on that in the 3L post) I’m going to be erring well on the side of brevity in my Alaska posts and instead of giving a play-by-play of the trip (which is admittedly my usual style) I’m just going to focus on the “flavor” of each portion. I mainly do this to allow me to keep my own sanity and not write 4 20,000 word long posts which we both know I might otherwise do. I have some limitations in my head and they are on the more restrictive side, but I’m not going to share them here since when I do I tend to break them anyways. 😛

The 3L post will be me complaining about law school, so nothing new there. 🙂

Of course I can’t say when these posts will start, but the goal is to get them out decently soon. So with that said, look for Dinosaur Bear to clog up your inbox again, at least if you are subscribed (you can do so over at the side or the bottom of the page) ..and if you aren’t, then you can sleep easier knowing that Dinosaur Bear will be adding an infinitesimal amount of data to the leviathan that is the interwebs once again. 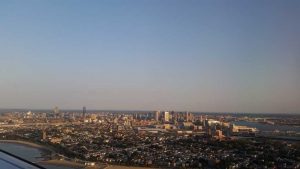