You can sort of consider this a sequel to this post: Dinosaur Bear 2020. While it’s true that Dinosaur Bear itself hasn’t been too active during 2020 that doesn’t mean lots of other stuff hasn’t been going on. For example, I haven’t spoken of it much but the crutches and walking boot I had to use in that post have long since given way to normal shoes again. Sadly I’m dealing with chronic pain in that foot due to, what even other medical professionals have deemed, “very poor treatment” on the part of my podiatrist, but hey, at least I’m walking again. 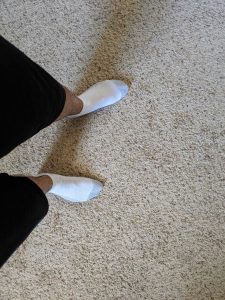 This photo from February 15th was the first (or basically the first) time I’d stood on my foot with no support since they’d put me in a brace, then a walking boot + crutches, then just the boot, then the brace again, then finally a compression sleeve.

But I don’t intend for this to be a post about my foot pain. Instead I just wanted to share a few Dinosaur Bear stats from 2020. So, with my annual tradition of playing “If We Make It Through December” by Merle Haggard on repeat in the background, here’s some juicy information about Dinosaur Bear you didn’t know you wanted to know. First, Thomas VII. Yeah, about him. Remember Thomas VII.V who arrived shortly after Thomas VII? Well on November 22nd Thomas VII ate Thomas VII.V’s soul. Basically Thomas VII.V just started to flatten out of existence. 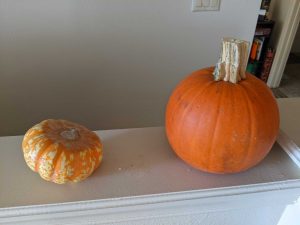 As you can see from this photo taken early in the process, Thomas VII.V is already beginning to vanish and is even leaving behind some Thomas ectoplasm on the banister.

Of course, knowing what little we know about Thomases this could be some sort of voluntary fusion to make themselves into an even stronger form. I cannot say. All I know is that Thomas VII.V is gone and Thomas VII remains. Our power seems to flicker more often than it used to though. I fear Thomas grows in power.

World-devouring-elder-god-pumpkins aside, here are some more blog-centric stats.

Dinosaur Bear clocked in with 7 posts for 2020, inclusive of this one. Yes this might seem preemptive but at the rate I’ve been posting it’s unlikely I’ll be uploading again before the end of 2020. Of these 7 posts, the most popular by a margin of 92% is “Beer Bottle Caps (January, 2020)” which I find some humor in – that the most popular post of 2020 is the one with a reference to alcohol in the title. 🙂 On the whole the posts for 2020 were shorter (for me at least), which is definitely intentional as my approach to this blog changes over times (ample examples can be found here). The average length was 905 words with the longest post being 1329 words and the shortest being 267. This is a bit different than say… 2016 where I clocked in 52 posts, two of which were ~17,000 words. Of course this isn’t a personal competition or anything, just interesting to note! The total word count for the entire blog as of this post sits at 693,338 words, or about 37,860 words more than Les Misérables and 48,338 more than Atlas Shrugged.

If you were curious about my personal favorite post of 2020, while it’s rare that I devote time to writing a post that I dislike, there are definitely some I prefer over others. For this year my favorite would have to be An Old House just because it was so much fun to write and was partially inspired by some very late night “day” dreaming.

Anyways, that’s about it. Assuming Thomas VII allows us to survive through the end of the year Christmas and New Year’s will soon be upon us. 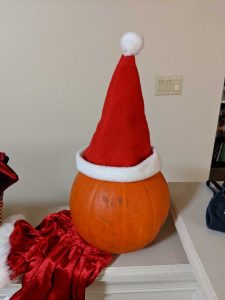 But hey, if you look really closely it almost seems like he’s smiling? Whether that’s a maniacal smile or a warm seasonal smile is up for interpretation. 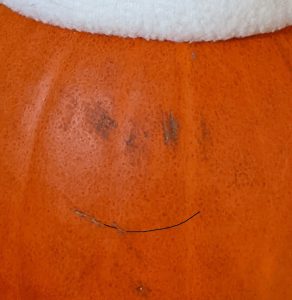 Part of the mouth was edited in MS Paint for clarity… or was it?

Despite my listening to “If We Make It Through December” as I started writing this post I had already decided that my sign-off song for today would be:

Dropkick Murphys – The Season’s Upon Us

While it’s rare for a song to make it’s way into my personal “top Christmas songs” anymore (most of such songs were ingrained in my formative years), when I first heard “The Season’s Upon Us” during a road trip in Ireland I quickly fell in love with it. I prefer the version that doesn’t censor the one single “bad” word in the entire song for some reason, but I’ve linked the censored version because Dinosaur Bear is a PG blog (lol). I’d say “The Season’s Upon Us” is definitely in my Top 5 Christmas songs now, possibly even my Top 3, but that’s a war-torn territory of nostalgia and indecision, so who knows. I just love the juxtaposition between the happy Christmas tune and the reality of most dysfunctional families around the holidays (and my like is probably further bolstered by having lived in the Boston area for 3 years).

Anyways, Happy Holidays, Merry Christmas, Happy New Year’s, whatever you prefer, I wish it for you – but most importantly. Praise Thomas.

Until next year,
-Taco