Every new beginning comes from some other beginning’s end

Well, its taken me awhile to write this post, and I figured it might. There was a lot of processing that needed to be in in regards to my Europe trip. I wanted to give myself enough to time to adjust to being back at home and also to really reflect on everything that happened. This isn’t a post to recount details of the missing portions of the trip, refering to that space between my initial time in Berlin and the trip home. Those may or may not be covered in SB’s blog (depending on her procrastination), and my time recounting specifics has come to an end.

So what do I have to say? Well, Semisonic sort of said it best, which is I chose to open with that verse. Europe was both the end of a certain phase of my life, as well as the beginning of another. The past year has been exponentially rough for me, for a myriad of reasons both known and private. Europe was an opportunity to remove myself from everything I knew and completely jump into an environment in which I was absolutely, totally, alone. And I survived, I came out stronger than when I went in. There were times when I was genuinely upset, times when I was nervous, heck even scared, and there were certainly times when I was angry, but it all formed some large and complex experience that I’ve never had the chance to appreciate anything like before.

I was able to do so, so, much, that I often can barely comprehend that I did it all in such a relatively short amount of time. Sure, there was the academic experience, which I came out of with two more A’s for the record books, but that’s only a fraction of the overall experience…

I’ve lived in a socialistic country, I’ve sailed the Scandinavian coasts in a 200 year old vessel, I’ve rode in a train controlled only by a computer, I’ve traversed palaces and parliaments, I’ve kayaked in the North Sea, walked in the footsteps of my ancestors, scaled the steps of fortresses, celebrated ancient traditions in the Danish countryside, gazed upon the fjords of Norway, stood in a Swedish church dating back a millennium, seen the resting place of an entire monarchy, seen multitudes of the largest collections of the finest alcohols in the world, stood in the very spot where Hitler outlined his plans for Europe, followed the Soviet path through the final advance in Berlin, touched the Berlin wall, stood inside the gas chambers of Dachau and witnessed the same scenery that the 1.5 million victims of Auschwitz would have seen in their final moments of life, I’ve rode a train at 175mph, I’ve seen the Bavarian Alps, relaxed on the same balcony as Hitler, ate inside the roar of a German beer hall, walked the grassy knolls of the Tier and Englischer gartens, seen a rainbow above the fields of Poland, stood at the monument for Grunwald, traversed countless cobbled roads, and stood above the very spot where the war that claimed over 50 million lives came to a sudden, jarring, stop.

And that’s only scratching the surface.

So where do I go from here? Well, that’s a question I can’t answer just yet. I still have a few decision to make about both the immediate, and long range future that I just haven’t came to any clear conclusion on. But hey, I’m doing things the European way, which means I have all the time in the world, this chaotic fast paced world of the States can take a chill pill for awhile 🙂

What would I do different? Well, by and large I was extremely satisfied with my time in Europe, but hindsight is always 20/20 and naturally there are a few things I would change. Firstly, more time, though I wonder if there is every such a thing as enough time to be honest. I’d have loved to have spent more time in all of the countries, even Denmark since I wasn’t able to see hardly any of Jutland. Beyond simply wanting more time, I would have definitely went about my enrollment in DIS differently. For one, I would probably have cut them out entirely and just directly enrolled into the University of Copenhagen myself. Also, I’d have arranged my own housing in a kollegium of my choice. DIS is a good program, but they weren’t a good program for me. That being said, I don’t regret anything, but if I were to ever do it again, I think I’d go the entirely individual route and leave programs such as DIS for the people who were far more interested in acting like they were 12 years old. I’d also pack less, truth be told, I packed less than any other American I encountered, but I could still do much, much less. I was able to make 1 pair of underwear last 7 days in Denmark because I didn’t really sweat, so 4 pairs could have lasted me a month. Sound gross? Well, it really isn’t. And when your entire life needs to be extremely mobile, fitting everything you need into one backpack provides immeasurable benefits, I now know this first hand.

Those are really the only things I think I would have done differently. I challenged myself on an individual level every step of the way and I overcame every single obstacle I faced. I learned some things about myself, and I left some parts of me behind. I gained perspectives that no one who hasn’t been there could every really understand. I’m not trying to sound all snooty with that, but its really true, no matter how much you read about something, you really have to experience it, to come to understand it. And I’m not just referring to Denmark, though my time in other countries was brief there was still oh so much to gain, and I did, because I didn’t waste every second being drunk or high like 90% of my fellow students did. (Though to be fair a couple of nights in Germany were pretty “magical”)

As for whether or not I will go back, I will of course respond that its not a matter of if it is a matter of when. I am certainly a more knowledgeable traveler this time around, and I’ve also proven that I am quite capable of planning out very detailed itineraries if needed, including situations in which their is a massive language barrier (For the record the entirety of the vacation portion of the trip was planned by yours truly, and everything went off without any real issue). I’d like a more thorough trip of the British Isles, and I’d also like to see Italy and Greece (though Greece needs to calm down a bit first). There’s also huge swaths of the places I have been that need seeing, so there’s so much to do and thankfully still plenty of time for doing it.

Now I will say that I never had much desire to live anyplace I visited, that is until I went to Scotland, but that’s a non-issue until they possibly gain their independence in 2016. So while I have no immediate plans to hop on a plane and disappear off into the European countryside, I will definitely be going back, and who knows what the long term will bring, but I’m looking forward to it for the first time in a good while, and that’s really all that matters. I will say that I’m likely done with my current area though, no hard feelings, it will always be home, but I sincerely believe that this coming year will be my last in this area, and thankfully SB has the same idea. Of course that may change entirely, but I think I am ready for some new horizons, once you’ve seen whats out there, its very hard to be content with the roads you’ve always known.What’s nice about the U.S. is that its a big, big country (trust me you have no idea how “big” the U.S. is until you are outside looking in), so there’s lots of places to settle that aren’t so extreme as Europe.

But, as mentioned, a lot of that depends on what happens once I am done at Purdue.

And with all of that said, I think I’m going to go ahead and cut this post off. Sure, its a little shorter than many of my other posts, and there’s no tidbit of the day to end it on a humorous note, but then again, who said recollecting something had to be a terminus, I’d rather like to think of it as the beginning of something new entirely.

I won’t be updating the blog anytime soon, at least I have no plans to, but it will be here, prepped and ready for whatever lies ahead. 🙂 So to future me, remember everything contained in this blog thus far and pay special attention to whats written between the lines, as only you can see it! To everyone else, thanks for following along and dealing with what I’m sure has been a endless deluge of grammatical and spelling errors, but as I said in the beginning, deal with it, haha. 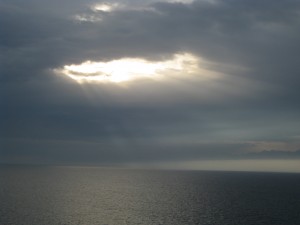