Hello and welcome to Dinosaur Bear!

So I’m a bit late, but 2022 marks 10 years of this blog’s existence. To be more precise, Dinosaur Bear was birthed into the world on Wednesday, June 6th, 2012 at 7:43pm Central European Summer Time (CEST), or about 1:43pm EDT/10:43am PDT. It was sent live from a tiny (and I do mean tiny) little “apartment” in Copenhagen, Denmark. I was living on a nice little street known as Tåsingegade and even after the intervening decade I can still zoom right into my former home and pick out my window on Google maps without much issue.

Things have changed a lot on the blog since then. For one the domain isn’t the same. Only OG Dinosaur Bear blog purists would know about that deep cut. Further, Dinosaur Bear wasn’t even the original name of the blog, that was “Rejser i København og i udlandet” which doesn’t exactly run off the tongue for us Muricans and reeked a bit of trying to hard, so it was quickly changed. There were a few interceding names but Dinosaur Bear was eventually settled on and so it was written. This blog originated (in no small part thanks to Meem who originally set the WordPress up for me) as a “diary to my future self” and while the topics have changed, the core tenet of the blog is still that idea. Heck, even after all this time that is still the first Rule of the blog.

The other side of the same coin is that much as changed with me too. One of my favorite quotes about growth and growing older comes from a series about a video game series (confusing I know) called “Red vs. Blue” which I have not watched in probably 17 years but which is somehow still going (it’s been running since April 2003). This quote is massively and loosely paraphrased, do if any RvB purists out there happen to stumble across this post don’t crucify me as it’s more about the message than the wording.

“Think back to how dumb you were 20 years ago. You were pretty stupid, right? Heck, even just 10 years ago you can probably think of all sorts of dumb things you did. Well here’s the thing, you’re still stupid. It’s just going to take you another 10 or 20 years from now before you realize it – and even then you’ll still be stupid, but with hard work you’ll be less stupid than you were before.”

Again, paraphrased, but it’s along those lines and boy-howdy did that quote(ish) ever resonant with me. It’s silly and put a bit harshly, but the concept is that we’re always dumb about something but we have an opportunity for growth. 10 years ago I was very ignorant, stupid even, about many things. Today I am still ignorant, stupid even, about many things – yet I think I’ve ticked some life lessons off the list over the past decade.

Funnily enough Dinosaur Bear may be the best available chronicle of that. That’s not to say it’s perfect as there are huge gaps, biases, and some errors I’m sure, but it’s still the best available data for my growth from stupidity to slightly less stupidity. As of this post I’m sitting right around 705,000 words typed on this blog. That’s a lot for a blog that isn’t monetized, never was, and never will be. In the graveyard of dead blogs on the internet (of which there are probably literally millions) Dinosaur Bear has been quite resilient in that regard. I may disappear for extended periods, but to quote a one Mr. William Afton “I always come back.” Sure, my relationship with this blog has changed a lot. For instance during the busier periods (say, 2015) I was posting a substantial post 1-2 times a week. In 2021 I had 2 posts for the entire year, but hey, this is post #5 for 2022 so progress? It’s not about the frequency, of course, but there is something to be said for a changing relationship with a writing medium. Anyone who regularly writes will probably understand that sometimes your core relationship with the very act of writing can change. For me I want Dinosaur Bear to be fun before anything else. If 2 posts per year are my threshold of fun, then so be it. Same goes if I somehow decided to write 50+ posts per year again. Which, I suppose I should share here that this is Dinosaur Bear’s 256th published post (+1 draft post that has been stuck in draft purgatory since December 2018 – hey I’ll get to it if I get to it).

For a long time Dinosaur Bear was my preferred method of communicating with the broader digital world. Though I currently run an Instagram for stuffed animals with over 3000 followers (up about 2300 followers since I took it over /humblebrag), beyond that I don’t really do social media anything. My Facebook account – which is an elder god Facebook account which dates back to not only the .edu only days, but when they only released access to certain .edu addresses (high schools came much later, I’m talking the original round of cool kid universities once it branched out beyond Harvard) – is basically unused. I’ve deleted almost all of my once 500+ friends and keep the account open for the sake of having the option to message people in groups (so if you sent me a friend request on Facebook 3 years ago and I never responded I don’t hate you, I just don’t check them, or maybe I hate you, either or). My personal Instagram gets little attention and I think any other social media platform I was once part of I’ve long since deleted. I don’t Reddit much, well I lurk but I don’t engage much. In all of this Dinosaur Bear was a consistent way of “communicating” with the big wide world, yet even that has sort of lost its luster as a platform in recent years. So, absent that desire to “share” via Dinosaur Bear, I only really write a post when I just want to write which isn’t a desire I have often anymore, though tapping back into my creative side which has experienced ego death of late is something I am working on with my 83 year old zen Buddhist therapist.

So where will Dinosaur Bear be in 10 more years? I frankly have no clue. It may not even exist anymore, or I might be posting weekly. I can’t say. I certainly wouldn’t have guessed I’d be writing a 10 year “blogiversary” post back on June 6th, 2012. Whether that is because I didn’t expect the blog to last that long or because I couldn’t imagine I’d be nearly 4 months late with the 10 year post is another story entirely. But here we are, 10 years later, about 5,600 miles to the west, and with a fresh new (2022) server Dinosaur Bear lives on.

In parting I thought it would be cool to end this post with a repost of the very first photo I ever uploaded to Dinosaur Bear. Shouldn’t be too hard to guess where it was taken. So thanks for reading, ye of 10 year membership as well as the newer folks.

Until next time (decade?),
-Taco 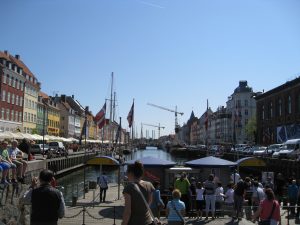